Are Driverless Cars the Future of Safety? 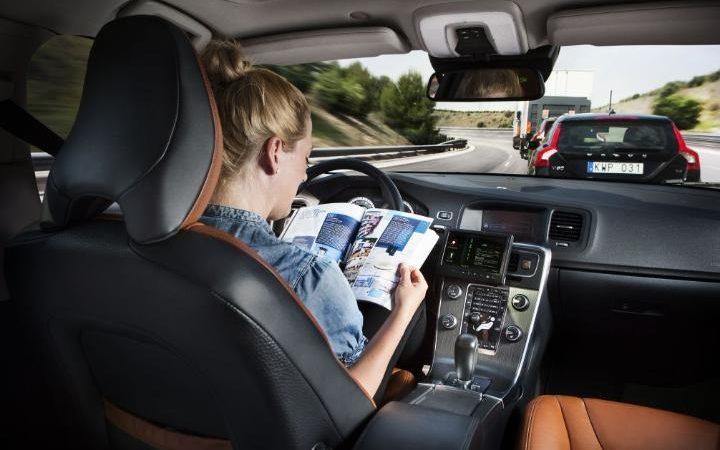 Every major car manufacturer in the world has predicted fully autonomous vehicles within the next 10 years. In a world filled with cars that already have lane warning systems, backup cameras, GPS systems, automatic emergency braking, and automatic parking systems, this transition seems logical.  New technologies for the auto industry include laser illuminating detection and ranging (LIDAR) and environmental detection systems that can distinguish the difference between a pedestrian and a stop sign. So how long will it be before you can set your car on a circuit and play Pokemon GO?

According to the Department of Transportation’s National Highway Traffic Safety Administration, the nation lost 32,675 people in crashes on roadways during 2014, down from 32,894 in 2013. Those numbers contribute to a lot of grieving parents and heartsick friends. Furthermore, they go on to say that The estimated number of people injured on the nation’s roads increased in 2014, rising from 2.31 to 2.34 million injured people. Driverless cars already have a far better safety record than that of those piloted by people. Ryan Hagemann, a fellow on robotics at think tank TechFreedom, who specializes in auto robotics and automation says, "while you still might have accidents on the margin in rare situations, you're basically looking at anywhere from a 95 to 99.99 percent reduction in total fatalities and injuries on the road."

How Will Driverless Cars Make These Reductions?

People tend to drive when they know they need to be somewhere, regardless of their own condition. In 2013, 28.7 million people admitted to driving under the influence of alcohol - that’s more than the population of Texas. Drunk drivers aren’t the only ones who are causing accidents though, as in 2014, 3,179 people were killed, and 431,000 were injured in motor vehicle crashes involving distracted drivers according to the US Government website for Distracted Driving. Distracted driving constitutes anything that takes your eyes off the road, including texting, eating and drinking, adjusting your radio, applying lipstick, shaving, or any of those other weird things we see folks doing while driving their cars. Finally, drowsy driving plays a huge role in vehicular accidents. The National Highway Traffic Safety Administration estimates that there are 100,000 police reported crashes annually that are the result of driving while fatigued.

Where Will Autonomous Cars Find a Gridlock?

One major hurdle that driverless cars will face is regulation. While current laws are in place that pertain to driver error, there will have to be a whole new set of laws regarding a car that has no human driver to blame. According to the National Conference of State Legislatures, Nevada led the way when they authorized the operation of autonomous vehicles in 2011. California, Florida, Louisiana, Michigan, North Dakota, Tennessee and Utah, and Washington D.C. have since passed laws regarding driverless vehicles. Other states have legislation in the works that include automated corridors and autonomous vehicle testing. In total though, only 16 states are thinking forward on the automated car situation. That leaves 34 states where the concept of driverless cars is still a foreign and futuristic idea. Until all 50 states are onboard with the future, or until the federal government mandates such innovation, widespread use may be limited.

Nissan, Toyota, Tesla, Jaguar, Land Rover, GM, Ford, Mercedes and Daimler Chrysler all have self-driving prototype cars in test stages on our roads today. State governments are working on the laws. People want cars that drive themselves. The Google self-driving car project has logged more than 1.5 million miles, Uber has already received a self-driving fleet in Pittsburgh, and Amazon has teamed up with Fiat to provide automated delivery vehicles. Autonomous cars are not a technology on the horizon, they are a reality around the corner.

The Du-Man wants to make sure you get the best Trade-In Value possible! Learn 5 ways to do just that with our FREE downloadable tipsheet!

"You Don't Know Everything About Child Car Seats"