When you mention car safety to folks, the first two safety features in a car that come to mind are seat belts and air bags. Over the last 50 years, safety engineers have been working hard to find other ways to keep drivers and passengers safe. In the 1970’s, automotive fatalities were peaking at 50,000 per year.  Fatalities declined due to greater seat belt use regulation and the invention of the shoulder type seat belt. We’ve all seen the crash test dummy videos, but automobile safety has become more interactive than ever.

Tire Pressure Monitoring Systems (TPMS) are sensors that keep track of your tire pressure. Cars that are equipped with the TPMS system will have a dashboard alert that identifies that one or more tires is underinflated. Many newer cars have a digital readout that will tell an operator which tire is running low, while older models may only have an indicator light that trips when any tire runs low. This comes from a difference in the type of TPMS used in the car. There are two types, indirect TPMS and Direct TPMS. Indirect TPMS measures the speed each tire is rotating through the automatic braking system (ABS) and indicates for abnormalities. Changing your tire size can affect the performance of indirect TPMS. Direct TPMS systems will read actual tire pressure numbers and may also include temperature for calculating average pressures. NHTSA estimates that tire failure causes approximately 11,000 crashes a year. The most common cause of failure includes tread separations, blowouts, bald tires and under-inflated tires. Bear in mind, this system does not include your spare tire, so it’s still important to check your spare every 6 months or after use.

There is a great deal of debate about car manufacturers adding blind spot detection indicators, but the bottom line is that they really can help drivers know when it is not safe to change lanes. The system works differently for each auto maker, but the general idea is the same. The system monitors the area to the left and right of the car and notifies the driver by an indicator light that there is an object in the detection zone. Examples of indicators include side mirror light indicators, a dash indicator that shows what side of the car is being encroaches upon, and least appreciated seems to be the audible alarm. These detection systems have been getting mixed reviews due to delayed warnings and difficulty in detecting some smaller objects but the bottom line is that it is one more preventative measure taken to save folks from becoming one of the 840,000 annual crashes that are attributed to blind spots. 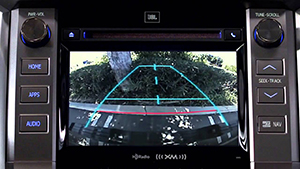 Many drivers can appreciate the need for a rear view camera. We can all relate to having either seen, or been the driver when something of value has been hidden behind a car and accidentally destroyed. Back up cameras for automobiles began to rise in popularity in the late 90’s, though the idea can be seen as far back as the concept cars of the 1950’s. Over the years, legislation has been enacted to make back up cameras mandatory safety equipment. In 2007, Congress signed the Cameron Gulbransen Kids Transportation Safety Act into law, however testing and implementation has been delayed in order to create precise standards. In March 2014, the National Highway Traffic Safety Administration made an announcement that all new cars would be required to have backup cameras by 2018. This technology has become a hot topic as it allows drivers to see exactly what is behind them, greatly reducing the risk of back-over accidents.

Cars have come a long way since the days of the Model T. Crumple zones, better materials, and increased passenger safety equipment have mitigated many of the dangers of automobile transportation. As long as our auto use is dependent on human input there will always be a chance of an accident, but the future of travel is looking more automated than ever. The Google Self Driving Car has already clocked more than 1.5 million miles, and Business Insider makes a claim that 10 million self-driving cars will be on the road by 2020. Until these things come to fruition though, we are still at the wheel, and we are still fallible. Take advantage of new technology, and help keep us all a little safer.