You Need a Back Up Camera in Your Car, Here's Why! 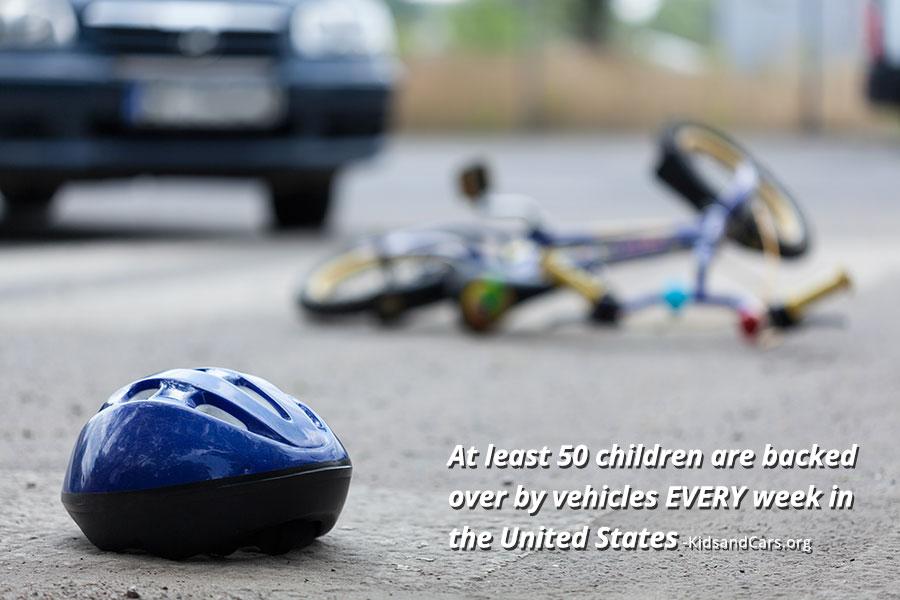 Backup camera systems aren’t just a nifty little gadget. When I was about 13 years old, I parked my bicycle behind a car at a local bait and tackle shop, between the car and the building. I had no idea that the car was parked there because it was going to back up to the garage door to pick up a load of gear. I ran in to the shop and a few minutes later I heard some old man yelling and cursing, and when I looked out I saw my bike halfway under his car, mangled and bent, while the old man’s arms were waiving and he was screaming about a scratch on his bumper. There was a lot of drama involved, my Dad came up, and they came to some agreement, I loaded the remains of my bike in Dad’s truck, and got a stern talking to on the way home about the importance of using the bike rack next to the store. There’s no doubt that it was a horrible memory, as it sticks with me more than 30 years later. This all might have been avoided if cars were equipped with back up cameras in the 80’s.

In the eyes of a 13-year-old, I was devastated by seeing my bike destroyed, but the old man saw a different perspective. What I perceived to be a little scratch on his bumper, he saw as a careless kid left his bike in a place that he shouldn’t have, and damaged the second most valuable thing he owns. Many of us can relate to having backed into an object that was below the trunk. Back up cameras are an inexpensive way to see what is behind us, saving aggravation and money. According to Edmunds Auto, “In one recent study, close to 57 percent of drivers in vehicles equipped with back-up cameras avoided backing over a stationary object that had been placed behind the vehicle when they weren't looking.” For less than $100, (some models are under $50) a backup camera is a sound investment for protecting one of the largest purchases you will make other than your home.

I was lucky. Sure, my bike was a wreck, and I had to mow a lot of lawns to buy a new bike, but in the end, it was just a material object that was replaced, and a strong lesson learned. Instead of a bike, it could have been me sitting behind that car. According to the Kids and Cars website, at least fifty children are backed over by vehicles EVERY week in the United States. A rear view camera is an essential safety item, not only if you have young children, but for everyone. Being able to see behind your car at the base level may well save the life of your child, or someone else’s. Not only are the cameras inexpensive, but they are easy to install. Isn’t it worth the expense if you save a life?

Legislation has already passed requiring all new autos to be equipped with rear view visibility cameras by May of 2018. There is legislation being written to require retrofitting older cars with cameras. The National Highway Traffic Administration is dedicated to saving as many lives as they can, and this is an easy fix for a problem that injures 15,000 and kills more than 250 people a year. Rear facing cameras have been known to solve the problem for years, in fact, President George W. Bush signed the "Cameron Gulbransen Kids Transportation Safety Act" into law in 2007. Delays have occurred to improve the minimum qualities of the required systems, but all things are now in effect and the law stands ready to cover all vehicles.

Rear facing cameras are your best defense against backing into something. They provide you with real time visual guides to keep you, and those around you safe in a way that audible sensors cannot. With the cost of backup camera systems dropping, and the ease of installation, there is no reason to delay in picking up an aftermarket backup camera. Wireless models only require that you bolt the camera to the license plate and you can place the screen in the passenger compartment in a place where the driver can use it, without finding it distracting. Wired models may be less convenient to install, but offer battery free operation, and larger screens. Considering all the ways that they can protect you, there is no valid argument for not adopting the camera for every car!

The Du-Man wants to make sure you get the best Trade-In Value possible! Learn 5 ways to do just that with our FREE downloadable tipsheet!

"You Don't Know Everything About Child Car Seats"